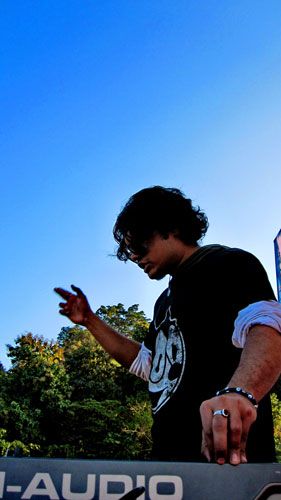 Felix aka Chakraview is Shaveer Ahmed is a psytrance producer who hails from Assam, India. Guitarist by nature, rastafarian from heart. While being heavily influenced by Reggae he has been exposed to various sounds since childhood. Been producing psytrance past few years, and has been releasing few of his tracks in different compilations with various labels. His Debut album – “ANJUNA TO ASSAM” hit the dancefloors in 2010 and his 2nd album “Open your eyes” was released in 2011. His style focuses mainly on blending old goa with new age sounds but of late has drifted more towards groove based forest sounds. He wishes to promote dance floor tracks across the world and take mankind to the next level of future music.