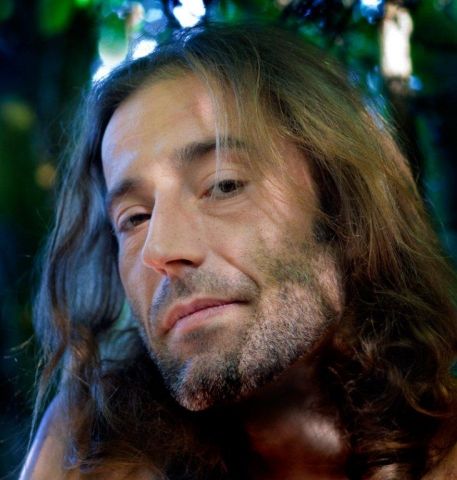 Born 1967 in yugoslavia/Montenegro. grown up in germany. in the 80´s Humanistic education and Studies of classic guitar. his hobbies are anthropology, ethymology, chinese medicine, agriculture and yoga. native dancer since he was 3 years old.

His first contact with electronic dance music was made by him in the 80´s at the famous island Ibiza. travelling there many times to dance and celebrate a new way of life and culture. in the early 90´s he was a party activist in Hamburg, Berlin and Ibiza, organizing parties, supervising decorations and light. In this time he travelled from one party to another in europe, – day by day and dancing. His preferred music was techno and trance.

At the same time he did the first steps in music production. In the year 1994 after finishing the audio engineer School, he worked as a freelancer in different studios in Hamburg and Berlin.

Simultanously he started with some friends and musicians the Live-project Frequency Surreal. Using all kind of musical material to compose tracks with dissonant or consonant charakter.

Playing live between 1996-2000 at some underground parties in the north of germany concerts of 3-5 hours duration, which was a mix of ambient and experimental music. In the middle of the 90´s collaborating with spacefrog (Superstition) and MFOC (Hamburg)

Sonic Thrill (berlin) and Humanoid 808 (Ungarn). also he was member of some studio projects and runner of a own studio with analog technique.

Till now he finished 5 longplayers with conceptual charakter. where he played around with musical genres.

because of consciousness he decided 2000 to live in spain in the nature, planting fruits and vegetables and doing composing of music as a consequence of listening to the silence of the stars.

2008 he passed some time in berlin and La Paz doing some new musical contacts and projects.

Actually he is finishing his 6th longplayer and programming and composing a Live-Gig for the coming autumn. Further he is working on some music for some short films.

By the years he created his particular style composing music and therefore, he is not confine to any music style.

He likes to work with open minded people and so he likes to create any kind of aural expressions far away of habitual manners.